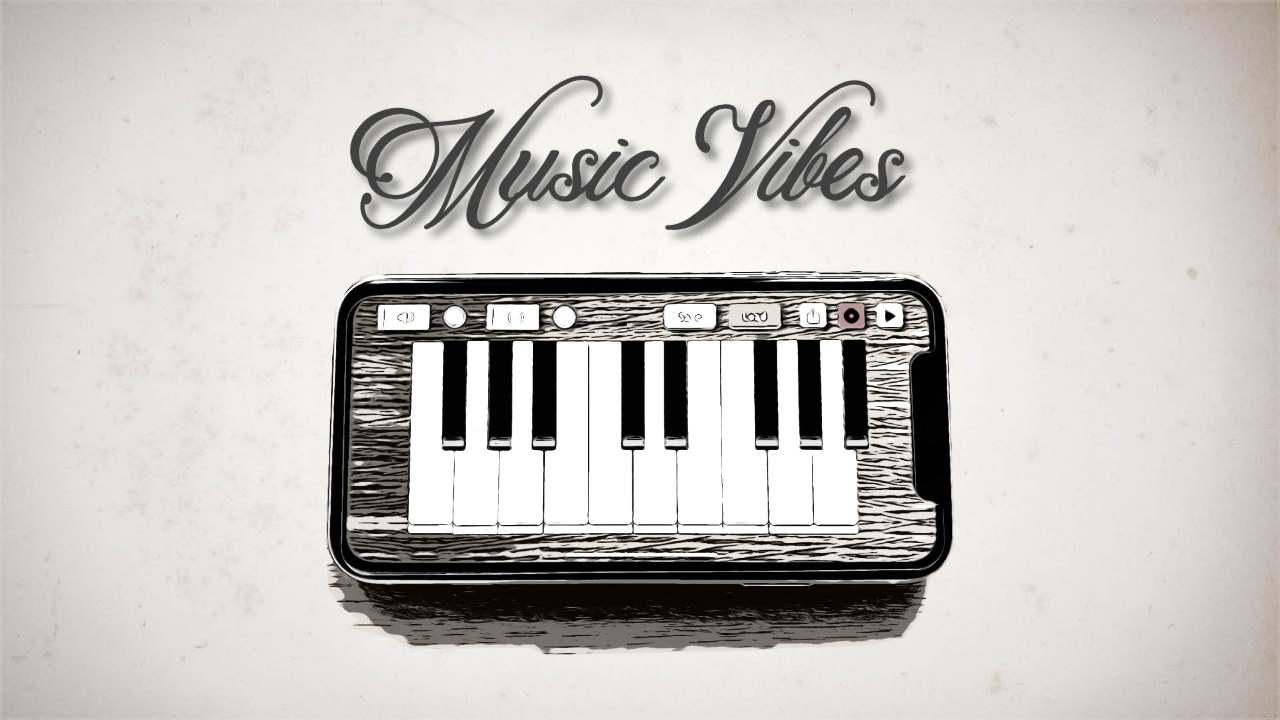 Today Interactive Coconut is launching Music Vibes – piano app for the deaf!* You can download Music Vibes from the App Store here.

* Note: Doesn’t work for all types of deafness.

“How can a music app be used by the deaf?” I hear you ask!

Well, it all started over 200 years ago, with one of the greatest and most prolific composers of all time, called Ludwig van Beethoven.

Beethoven had realized he was losing his hearing for some time, and when it finally got to the point of complete deafness, his life’s work of composing beautiful music became quite a formidable challenge.

Beethoven experimented with various hearing aids available at the time, such as hearing trumpets:

But it got to the point where even hearing trumpets didn’t help much and he began to experiment with alternative solutions.

Beethoven found that if he clenched a pencil or rod between his teeth, and placed the other end on the soundboard of his piano, that the vibrations of the piano would transfer from the piano to his jaw. He found he could then perceive these vibrations as sound, and music.

This demonstrated a concept we now know as bone conduction. This is where sound vibrations can bypass our eardrum and be perceived by our auditory system via our bones.

This means that deaf or hard of hearing people, with problems to the middle or outer ear, can perceive sound (and music!) – through bone conduction.

Which brings us to our exciting new app, Music Vibes!

Music Vibes works like you would expect a piano app to – play on the keys, record your tune if you like, play it back, save it for later – even share a tune with someone else who also has Music Vibes.

If you hit the load button, you’ll find some preset melodies to play back.

But what makes this piano special are the controls in the top left.

That’s right – you don’t just have audio controls, you also have vibration controls!

If you are a deaf or hard of hearing person with conductive hearing loss, you may find you can hear the music in the app using bone conduction. Place the device to your jaw, or side of the head:

If you are a hearing person, you can place the app on a box, and you’ll find that the vibrations reverberate around the box, producing sound. Turn off audio using the audio control, to hear just the vibrations.

All of this is FREE! You can download the app from the App Store here.

The only paid component of the app is for optional extra melody packages put together for Music Vibes. This month we have the Christmas Pack – 15 Christmas classics to feel!

Again, you can download the app from the App Store here.

Why don’t you load Moonlight Sonata by Beethoven, and “hear” it how Beethoven did? Via bone conduction!

Compatibility: Music Vibes only works on iPhones since iPhone 8, and requires at least iOS 13.