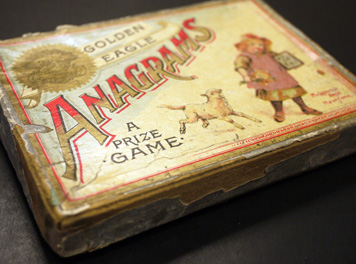 FROM ANAGRAMS TO GRABBLE

The year is 1877, and Charles Hammett, a humble owner of a stationery store, decided to publish a little word game, calling it Word Making and Taking. It was simple in nature but had challenging game play and in the late 19th century became the ‘parlor game’ de jouer. It wasn’t long before many alternative versions were produced from a number of publishers and under a number of names – many taking on the moniker Anagrams.

Looking at all of these versions of the game now, it’s an absolutely fascinating journey through the history of board game design and graphic design trends.

Remember – these aren’t random games, these are all variations on the same game! All have their own differentiations, especially in how to score and win. But all come from a basic premise of forming words from letters and stealing words from your opponent.

(Some dates are approximations, let me know if you have any info/corrections or even better guestimates!) 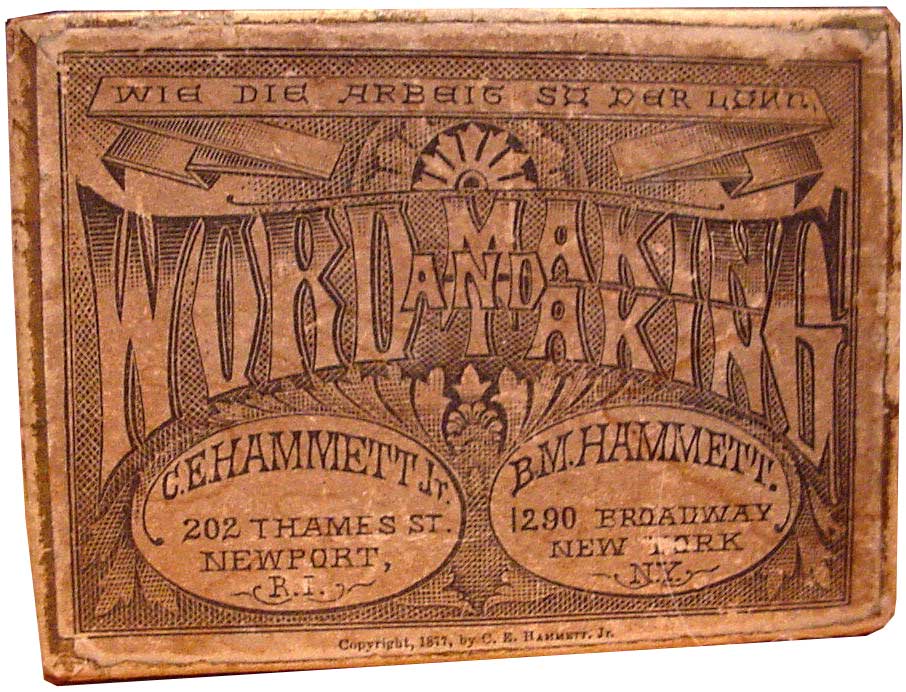 Parker Brothers – The Games of Letters and Anagrams on Wooden Blocks, ca 1890  [2] 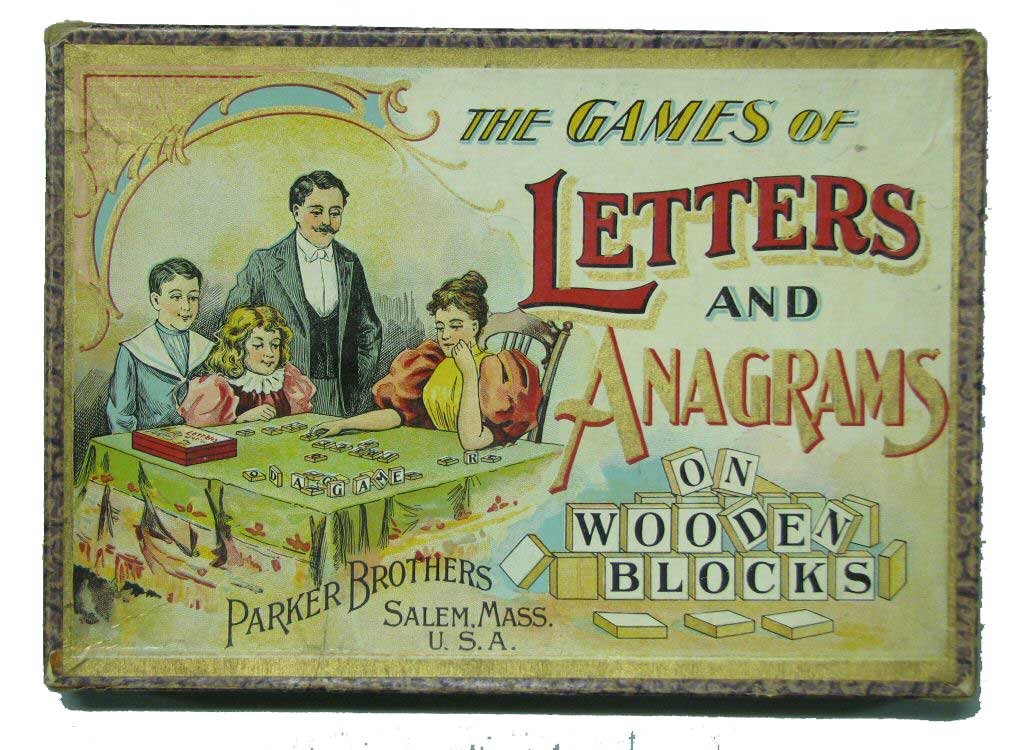 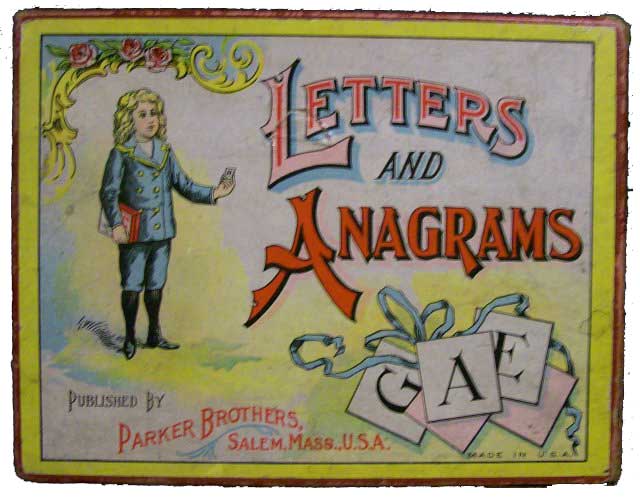 20 years later Selchow and Righter went on to produce Scrabble.

Of interest: word minimum two letters, plurals allowed when adding to your own word.

Worth mentioning on the timeline that Scrabble was first trademarked in 1948! [11]

Scrabble becomes so well known it is included in the title!

(Unfortunately no images of Swipe could be found!)

Of interest: Oxford Games was formed by Leslie Scott.

Of interest: Adds playing against the clock.

Of interest: Distributed in a tube!

Of interest: Adds a “wild” tile.

Thanks for joining me on a tour of the 137 year evolution of a word game. But the journey doesn’t end here!

I have been busy working on an iOS game I have called Grabble Words – inspired by a version of Anagrams that I played as a kid. I would like to invite you to try it out – launching December 10th!

There is quite a legacy that Grabble Words is following, and I just hope the game is done justice as I move it to a new medium. Some rules have changed but the basic premise again holds firm:  forming words and stealing words from your opponent. Let me know what you think!

Thanks for reading and I’ll leave you with a passage from Emma by Jane Austen. Written in 1815 – could they be talking about Anagrams?

“Miss Woodhouse,” said Frank Churchill, after examining a table behind him, which he could reach as he sat, “have your nephews taken away their alphabets — their box of letters? It used to stand here. Where is it? This is a sort of dull-looking evening, that ought to be treated rather as winter than summer. We had great amusement with those letters one morning. I want to puzzle you again.”

Emma was pleased with the thought; and producing the box, the table was quickly scattered over with alphabets, which no one seemed so much disposed to employ as their two selves. They were rapidly forming words for each other, or for any body else who would be puzzled.